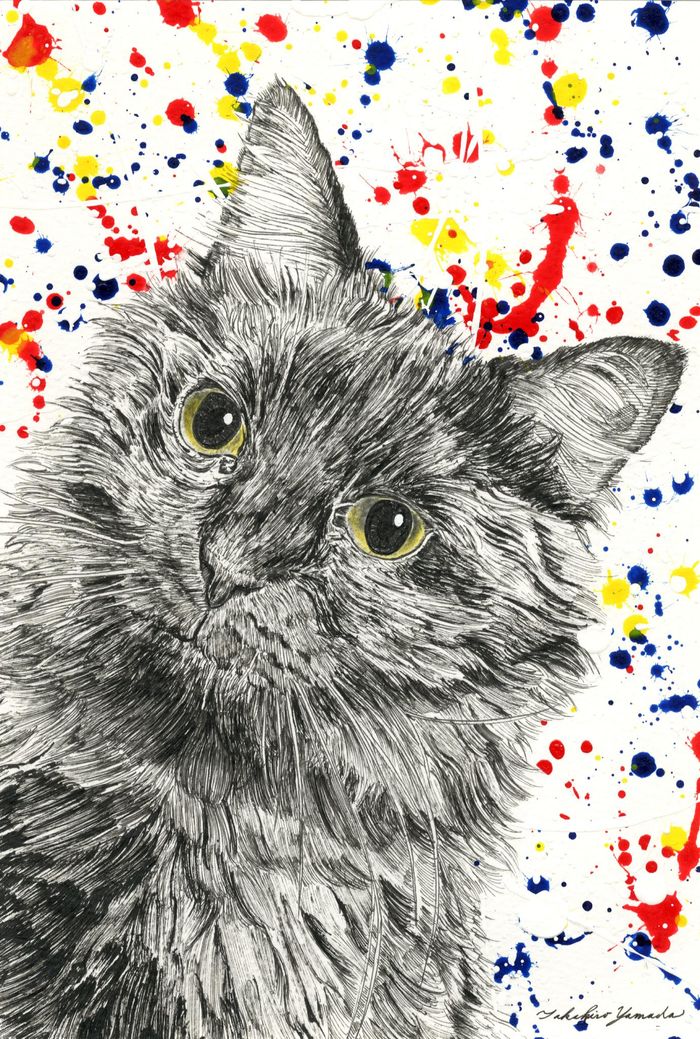 This work was created from the idea that black cats drawn by a black-and-white artist could have color. The black cat is believed to have lived a vivid life of vivid colors so due to that thought, the three primary colors, red, blue and yellow, and white, were applied to the background. Among Yamada's works, this is a rare work in primary colors.

Takahiro creates works using a monochrome pen with the theme of cats. He also likes to draw dogs, owls, and even stuffed animals, he tends to draw something with fur. Although his works are quite simple, he aims to make the warmth and liveliness of animals on paper. Working as an artist, he is also a translator at a trading company.
He has been doing solo exhibitions in Japan such as in Osaka, Kobe, Akashi, Himeji, Tokyo, etc. He has been actively participating in exhibitions and art fairs as well. He hopes many people can see the distinctive eyesight and fluffiness of his cats.