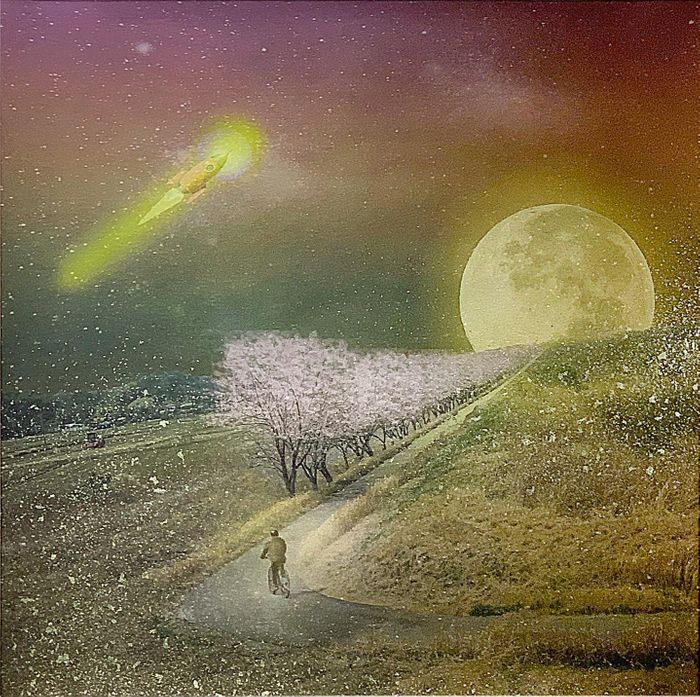 Is it a painting or is it a photo? Artist KAZZ Morishita's works are produced by processing scenery shot with a camera using a computer. Works which he describes as “transforming the scenes taken with a camera into scenes reflected in one’s heart” makes you feel a sense of nostalgia despite never having seen them before. KAZZ Morishita's goal is not to create a beautiful postcard, but to express an ambience that tugs at one’s heartstrings. To achieve this goal, he uses gold dust, which is often used in Japanese paintings, and also employs new techniques such as UV printing etc. The fine texture of the combed washi adds beauty to the work, but the techniques and materials are simply to enhance the contents. What he values is simply the essence of expression. The tranquility of nature, such as cherry blossoms, waves, and the sky etc., creates a shared consciousness that soothes the heart of the viewer.

Born in Aichi Prefecture in 1951. Having won prizes at numerous painting contests since his childhood, he is expected to become a great painter in future. However, he felt that his own sketching skills were lacking and took these awards calmly in his stride, believing that these awards were given solely for the uniqueness of his ideas. For example, hundreds of people gathering in a park or scenes during surgery. Such a focus served as an advantage in his work as an expo planner later. However, he chose a path of expressing himself through his own works as if being pushed by some invisible force, and this has continued to this day.