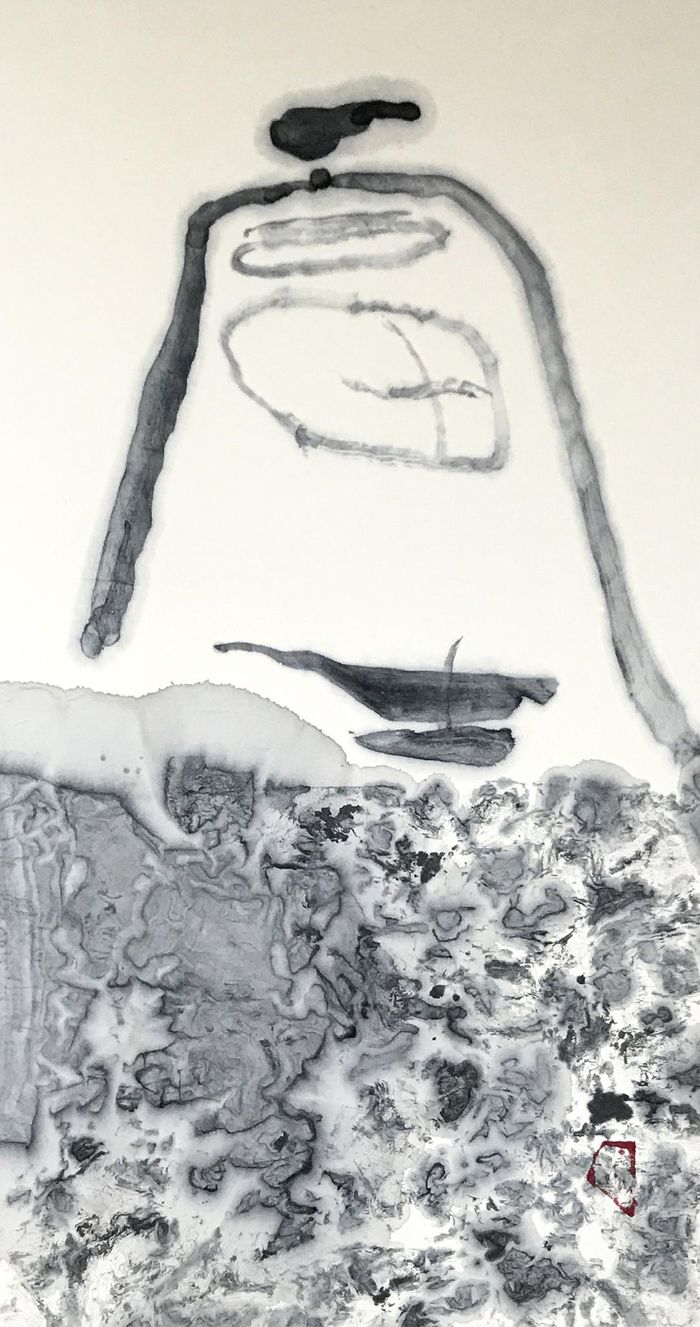 The ink used by Daiyu Yoshino is developed through an original mixture. The paper is a handmade Japanese one made of mulberry and bamboo. She then freely expresses shapes and lines, superimposing characters to make an image of what she feels when she sees natural scenery. Please enjoy comparing the differences between the lines and the color of the ink.