Important Notice: We are committed to providing you with a safe environment to do business, in accordance with all the health & safety guidelines set out by the local authorities. The event will be delivered with strict standards of health & safety precautionary measures including, social distancing, contactless transactions and hygiene protocols. Learn More 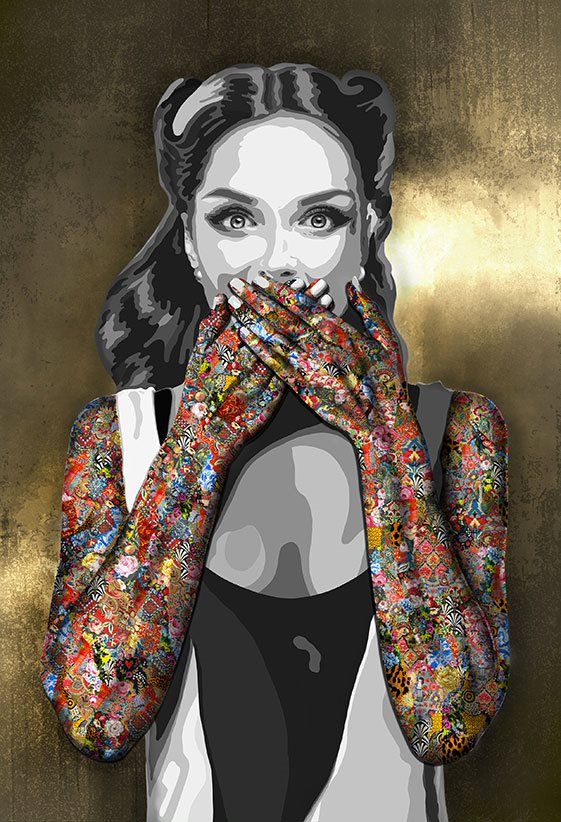 Speak No Evil II – (From the Three Wise Women set) This oeuvre is a modern representation of Iwazaru (Speak No Evil), one of the apes originally depicted in the 17th-century Japanese pictorial maxim, the three wise apes – “see no evil, hear no evil, speak no evil”. The tenets of the maxim are the lack of moral responsibility on the part of people who refuse to acknowledge offensiveness, look the other way or plead ignorance. This Painting is generally purchased by collectors in a set – The Three Wise Women.